Many cities in Korea have popular streets with food themes. In Uijoingbu, there is a street with buddaejiggae restaurants, Suwon has a chicken street, and Sokcho has a fried seafood street, to name a few examples. A short walk from Gwangju Metropolitan City’s* Songjeong Station is the tteokgalbi street. On July 1, I went to Songjeong Tteokgalbi First Store with my significant other. 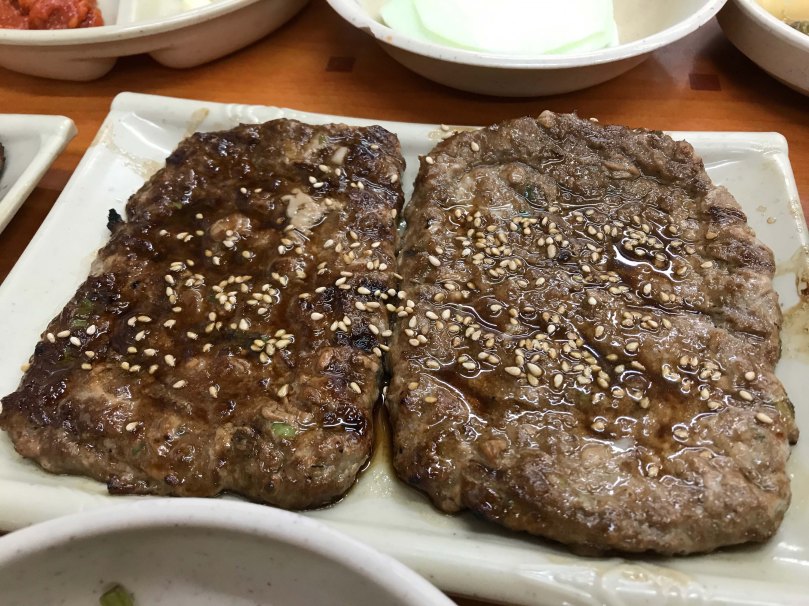 Despite its generic name, Songjeong Tteokgalbi First Store has received much praise. Signed autographs from celebrities who have eaten here are stuck on the wall for all to see. Expats and tourists will likely recognize a picture of Psy, the comedic musician behind the third most viewed YouTube video of all time, eating here. The restaurant proudly boasts its many television appearances as well. 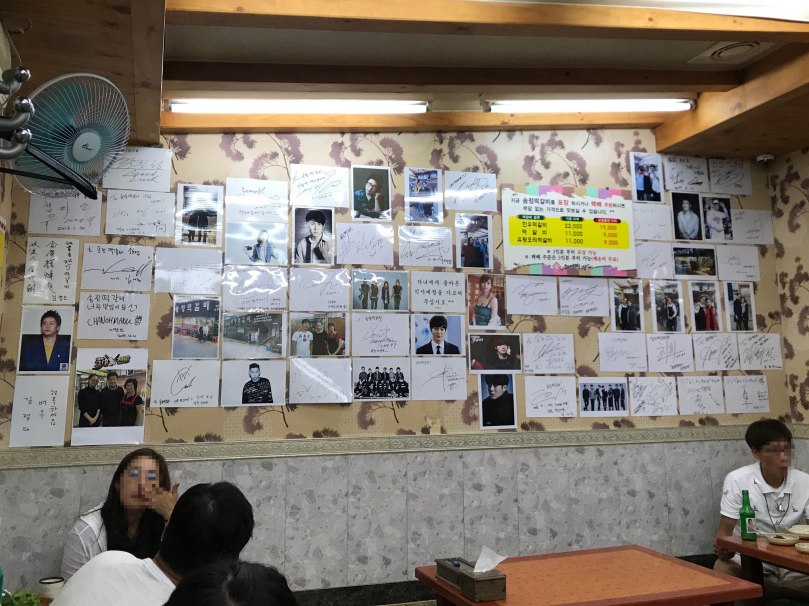 Ms. R and I ordered a serving of traditional tteokgalbi, as well as one of oritteokgalbi (오리떡갈비), which is made from duck meat. The latter is a regional dish especially popular in Gwangju Metropolitan City. We ordered a side of rice to accompany our meal. The restaurant offered a few other dishes, but the main attraction was clearly tteokgalbi.

If not for the accolades, one might mistake Songjeong Tteokgalbi First Store for being an average hansik (Korean food) restaurant. The interior is nothing of note, although the establishment was clean. Rather than sitting at tables with chairs, patrons sit on mats on the floor in a traditionally Korean style. 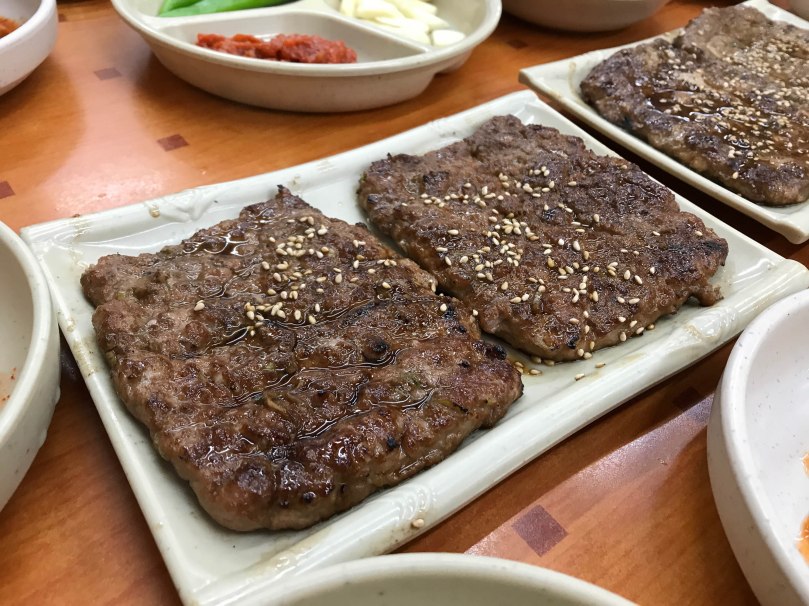 The meat itself was delicious, although the portions were rather small. This makes a lot of sense: usually, tteokgalbi is served as a side dish rather than a main course. Both tteokgalbi and oritteokgalbi tasted great, although the flavors were very similar. If given a blind taste test, I doubt that I could tell them apart. 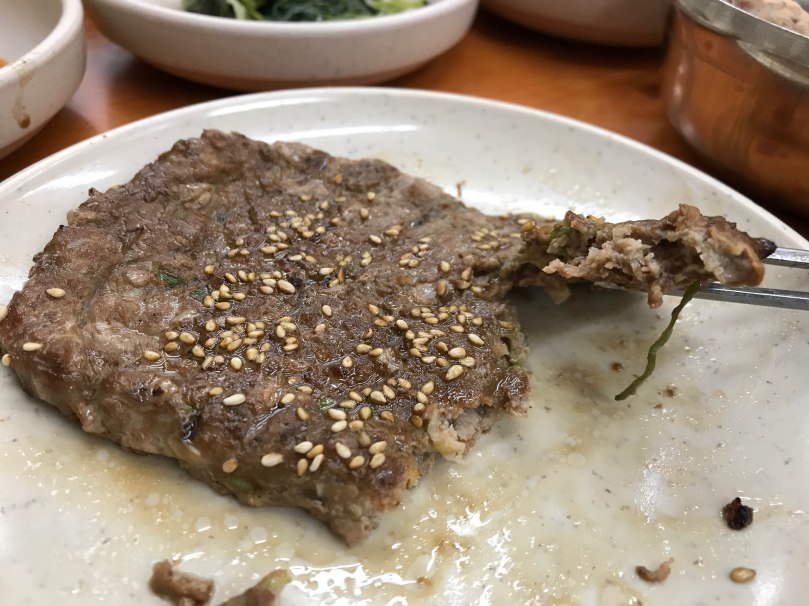 Songjeong Tteokgalbi First Store is a staple not only of tteokgalbi street, but of Gwangju Metropolitan City in general. Its reputation for good meat is well-known, so expect waits during peak hours. The service was very efficient. Be prepared to sit on the ground for the entirety of the meal. After eating, we were glad that we made the trip!

* In South Korea, there are actually two cities named “Gwangju.” The one discussed in this article is Gwangju Metropolitan City (광주광역시) is South Korea’s sixth largest city which is enclaved inside South Jeolla Province (전라남도). There is a much smaller city named “Gwangju” in Gyeonggi Province (경기도). I used the full name of the former city to avoid confusion.