While French restaurants have a certain allure in popular culture, there aren’t actually that many of them in the United States. You can certainly find them, but given all of the praise that French cuisine receives, it has not achieved the ubiquity of Italian or Chinese cuisine. I couldn’t even remember the last time I had French food! On May 17, I went with my parents and my significant other to Bar Bouchée in Madison, Connecticut.

We started with a bottle of Combel La Serre 2016 Cahors Pur Fruit du Causse, a Malbec red wine and a round of appetizers. My parents ordered a platter of domestic and imported cheeses, whereas my girlfriend and I ordered steak tartare. For the main course, my father ordered a lamb fillet special, my mom ordered a prime hanger steak with a roasted shallot sauce and gratin dauphinois, and my girlfriend, Ms. R, chose the Carnaroli risotto. I chose the BB Burger, which was an 8oz beef hamburger with mushrooms, seared foie gras, tomato confit, and balsamic glaze.

The appetizers were out of this world! My parents very much enjoyed their cheese platter. While the four cheeses they were served ended up not being the ones listed on the menu, the server was very helpful in explaining their origins. Ms. R and I absolutely adored the steak tartare. It is a raw beef dish similar to Korean yukhoe (육회), glazed in a mustard sauce. We ordered a small portion, but I left wishing that we had ordered the larger size! 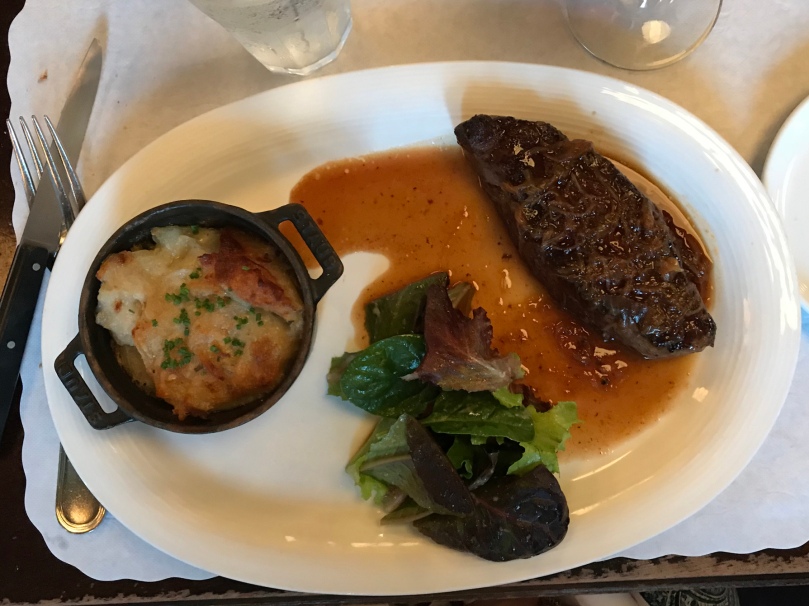 When the entrées arrived, we started eating immediately. My father enjoyed his lamb fillet, noting its fresh taste. Ms. R said that her Carnaroli risotto was delicious, and apologized for eating the mushrooms before I could have a taste. My mother commented on how her steak was cooked just to her liking, but that the gratin dauphinois was too hot to eat at first.

To be perfectly honest, everything in Bar Bouchée was amazing–except for the BB Burger. I am not sure how such a wonderful restaurant could get something so wrong. To begin with, the hamburger was served on two slices of thick French bread which made it difficult to eat as intended. The mushrooms were rubbery and the tomato confit was stringy, which added to the difficulty. The foie gras added nothing of value to the burger other than allowing the restaurant the call it “French.” I would love to return, but I would strongly advise against eating this abomination. 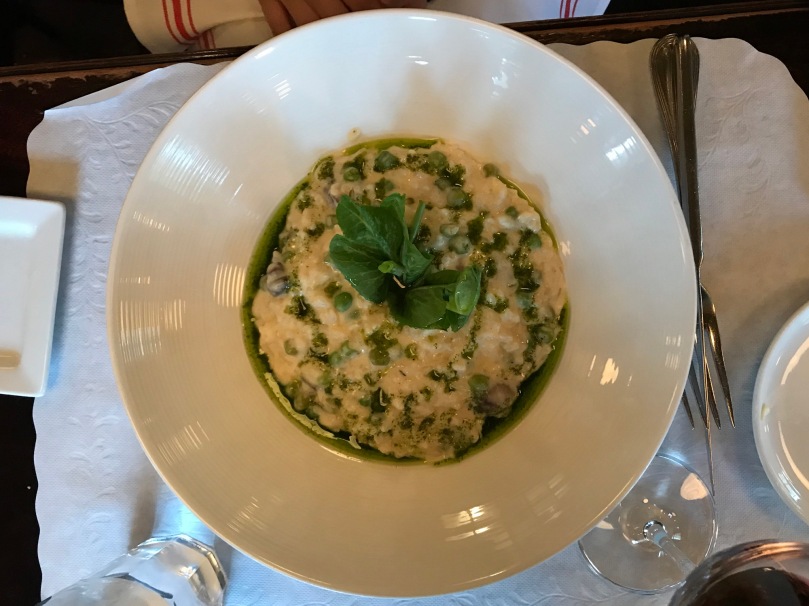 Bar Bouchée is an upscale eatery perfect for a date night or a celebration. It’s not too large, so I would not recommend bringing large groups. Outside seating is available, which would make it a prime summer evening restaurant. To reiterate, I would recommend against ordering the BB Burger. Instead, go for the steak tartare; it’s real French cuisine, anyway.