According to Wikipedia, a 1961 edition of Webster’s dictionary defined dive bars as, “a disreputable resort for drinking or entertainment.” In the subsequent 57 years, some dive bars have certainly earned this reputation, but many have managed to keep the grungy aesthetic while serving high quality alcoholic beverages and sometimes even good food. On April 10, I checked out a new dive bar in Meriden, CT called Dawg House Bar & Grill.

Having opened in late November 2017, the establishment looked clean and new. The building itself was not new, but in fact used to be a sports bar called Quality Time; from the looks of its Yelp page, its patrons raved about it. The décor seemed to mimic dive bars’ rough reputation, but this clashed with the atmosphere in its shiny new state. 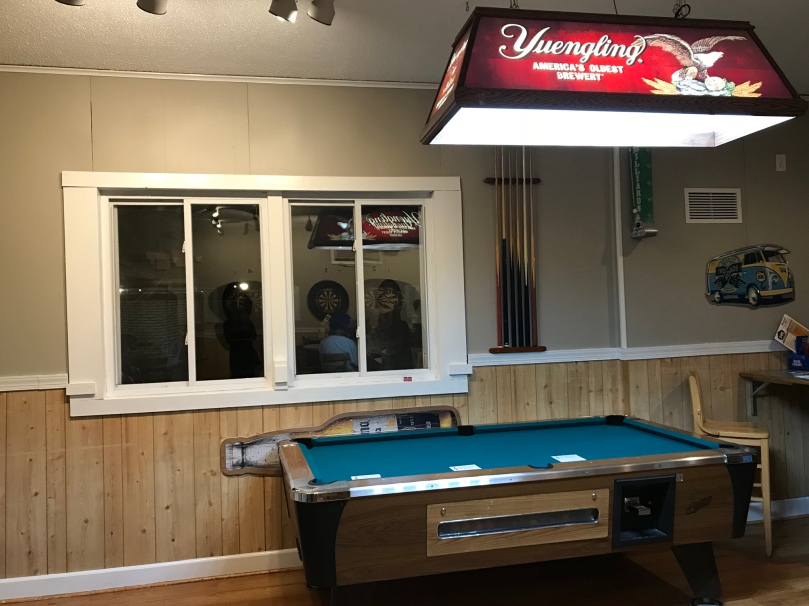 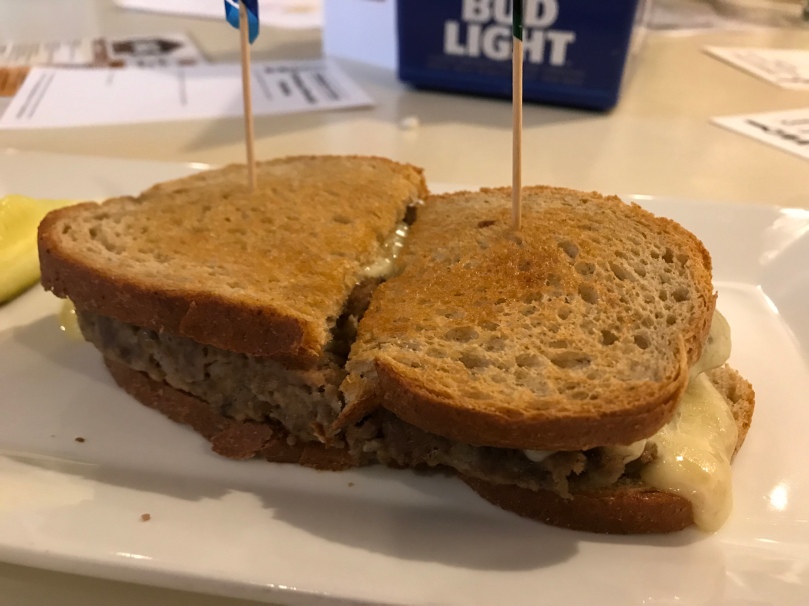 For a bite to eat, I settled on ordering the Meatloaf Melt, which is a meatloaf and cheddar cheese sandwich served on rye bread and accompanied by a pickle. Just like dive bars, many people look down on meatloaf as cheap and unsavory. Dive bars and meatloaf have a lot in common: despite their reputations, if crafted properly both can be incredibly satisfying experiences. 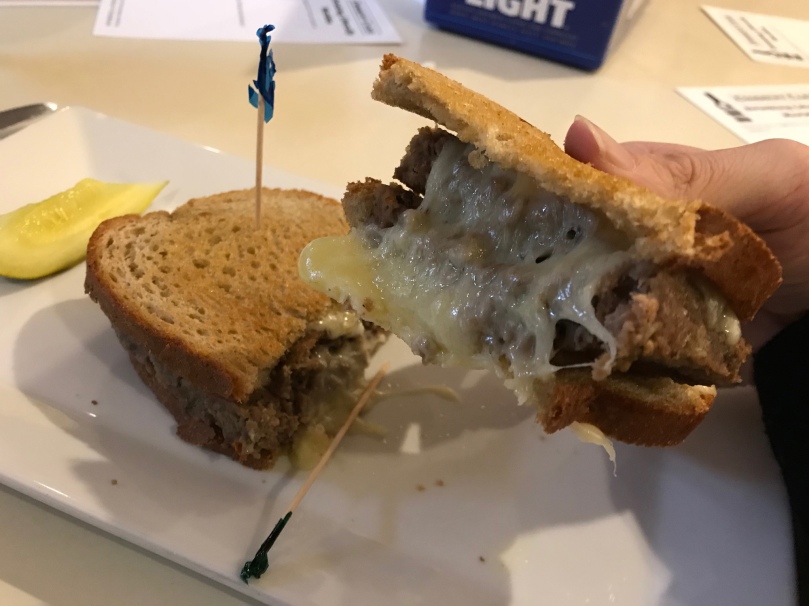 When the sandwich arrived, I was initially surprised at its size. Served on a long plate, the lone sandwich and the half-pickle it came with looked unappealing. But, after my first bite, I knew I was dead wrong. The sharp cheddar provided a nice bitter contrast with the salty meat, which had been seasoned just right. While the chef should work on the presentation, the food itself was quite good.

Dawg House Bar & Grill is a decent bar that serves quite good food. I don’t understand why they are trying to mimic a grungy bar when it is obvious that it is a poor imitation. There was a pleasant-looking outside patio which I am sure is perfect for summer nights. I will definitely be back.