In early June, I was on my way to meet my significant other in Ichon Station (이촌역) so we could head out for a trip to Daebudo Island. My transfer point was Dongjak Station (동작역) and, being late, I had not yet eaten breakfast. I stopped by a GS25 convenience store to grab a quick bite. I paused by the dairy section, as I had my eyes on an item I had never seen before: GS25’s Butter Latte beverage. Here is its story.

I should mention that neither the Korean nor the English name quite properly describes this. In English, it is titled “Butter Latte.” However, as it contains no expresso, or even any coffee, it cannot be called a latte. The Korean translates to “buttermilk” (버터우유). However, in English, buttermilk refers to a range of fermented milk products mostly used in cooking. For clarity, I will refer to this as Butter Latte, despite its inaccuracy.

Now that you know what it isn’t, what is it? According to the description on the back of the carton, this is a dessert milk. It is intended to be consumed as a treat. It is recommended to be drunk cold, or warmed up and served in a mug. The first time, I had it cold out of the carton.

For people who enjoy the contrast of sweetness and saltiness, this is the perfect beverage for you. It contains gourmet butter imported from France, although according to the nutritional information, only 0.1% of the beverage contains this. In my view, it is too sweet to be something consumed daily, but it is a nice treat.

One may wonder why I am taking the time to blog about this item. GS25 convenience stores are incredibly accessible in South Korea, so discussing an item so presumably available would be odd. Herein lies the dilemma: after finding it once in GS25’s Dongjak Station branch, I was unable to locate it in other stores! It took me a month to search for over 20 other GS25 branches before I found what I was looking for. 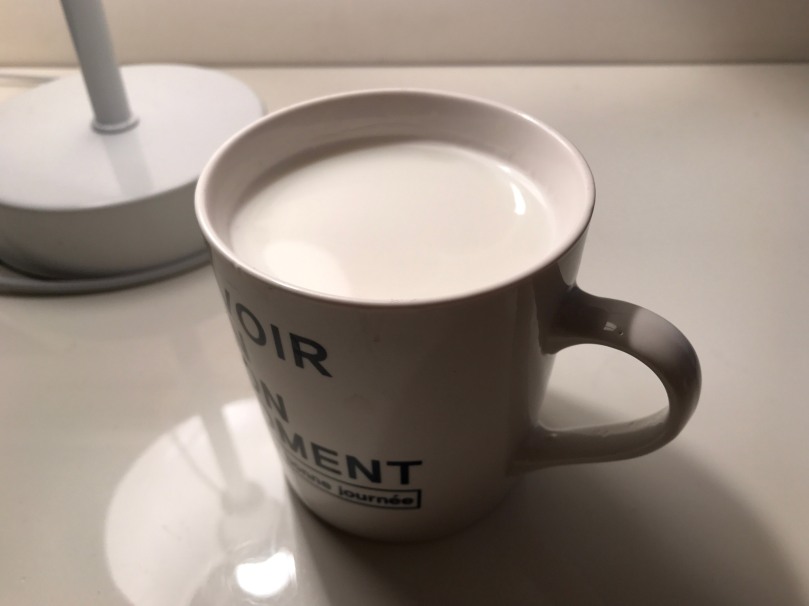 I am not quite sure why it is so rare. My significant other, Ms. R., observed that it seemed to be more commonly available in GS25 locations that were in or close to subway stations. I don’t why that would be, but I noticed this as well. Below are maps listing all of the GS25 locations in which I have found the Butter Latte beverage since June.

I later tried heating the Butter Latte and drinking it out of a mug. Being from the United States, I associate drinking warm milk with sleep, but I cannot imagine drinking something so sweet right before bed. While I enjoyed it, Ms. R did not; she said that it was a weird flavor combination.

I genuinely recommend GS25’s Butter Latte (버터우유) beverage as a sweet treat. Part of why I wanted to blog about it was the lack of available information on the subject–both in English and in Korean. To this day, I am unsure why it is not more widely available.